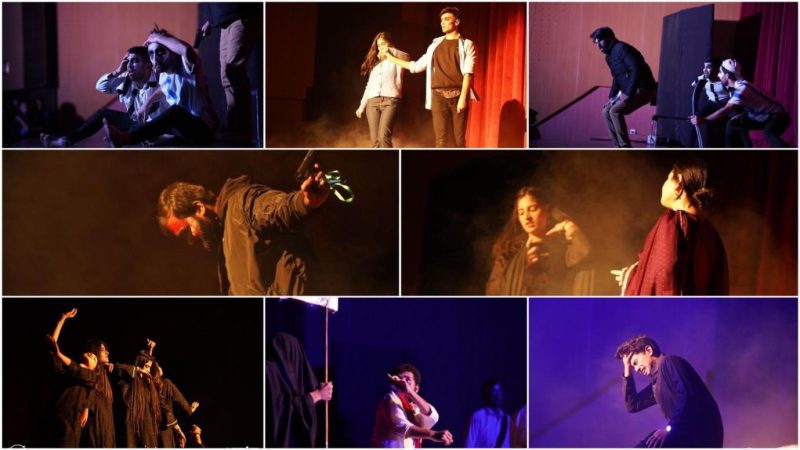 NAQSH Arts Society under the Student Affairs Department organized National Arts and Performing Arts Competition, Irtiqa’22. Naqsh Arts Society held its 17th National Arts and Performing Arts Competition, Irtiqa’22, from the 20th to the 22nd of May 2022. The event was a resounding success, as it boasted close to 150 participants from universities such as Pakistan Institute of Fashion Design (PIFD), National Textile University, Comsats Islamabad and Comsats Lahore to name a few. Along with the participants, Naqsh also welcomed its Alumni from previous batches to witness how well Naqsh and GIK have progressed since their graduation. The 3-day event featured lots of exciting modules and was filled with astounding performances from its participants. The event was divided into the following three sections.

On the opening night of the event, the Mimes competition was held in the AHA Auditorium. The performers were playing to a full house that night as the Auditorium was filled to the brim with participants and GIK-ians alike. The show featured seven mimes in total, of which four were performed by different participating teams and the rest were performed by members of Naqsh. The night featured enchanting performances which frequently brought the audience to their feet and the audience showed their appreciation by loud cheering and thunderous rounds of applause. The standout performance was from National Textile University which was a one-man play about the issues faced by transgenders in our society. The performance even received special appreciation from our judge for the mimes competition, Ma’am Zainub Mawaz, and naturally ended up winning the best actor award at the closing ceremony. Ma’am Zainub also complimented the organising team for their efforts and how the quality of mimes at the show had surpassed her high standards. 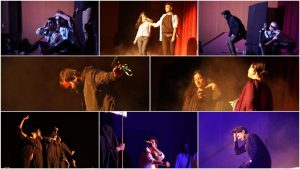 On the evening of the second day, Naqsh hosted its most coveted and highly anticipated Fashion Show at the Faculty Club. Although the event started after sundown, the preparations for it started not long after sunrise. A lot of effort was put into the set-up, and in the end, the arrangements were a sight to behold, a ramp fit for any fashion show around the world. The participants themselves were also nothing short of professional, some of the dresses by the designers were so exquisitely made that it made even the judges doubt that they were store-bought. Apart from the designers, the models walked on stage with such charisma and flamboyance that the audience was truly captivated. The show also included dance performances by members of Naqsh which received a delightful response from the audience. All in all, the Fashion Show proved once again why it’s the marquee event of not only Irtiqa but of all the National level competitions held in GIK. 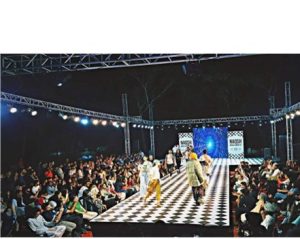 The fine arts competition at Irtiqa was spread over two days as it contained thirteen modules such as Portrait, Mixed Media, Glass Painting, T-Shirt Design etc. The fine arts modules showed the pinnacle of creativity and imagination of participants, with the artists showcasing a great understanding of colour and tremendous command over artistic mediums. The resulting art pieces were all then displayed in the Barber’s Building for evaluation and exhibition. The judges walked around the exhibition for a long time before choosing whom should crown the winner, as each art piece was so well made that it was hard to pick one over the other. 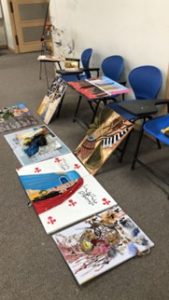 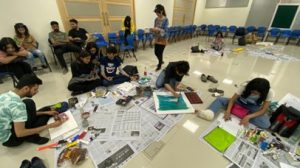 The closing ceremony took place on the evening of the third day after the results from all the modules had been compiled and the awards were ready to be handed out. The closing ceremony was graced by our esteemed judges, Mr Fazale Sittar Durani and Mr Kausar Iqbal. Along with our Advisor and DSA, Mr Imran Khan, and our ADSA, Mr Sabahat Hussain. Without the support of these two, our event would not have taken place.

The judges mentioned in their closing remarks how well the event was handled, appreciating the hosts for a wonderful stay and also encouraging GIK to explore more degree options for arts and design. In response, Mr Imran Khan said the GIK is already planning more degree options and how engineering and design already go hand in hand.

The judges then presented shields and certificates to all the winners, with PIFD emerging as the overall best delegation having won the majority of the available awards.

Although the event itself lasted only 3 days, the memories and friendships created during this time are sure to last a lifetime. 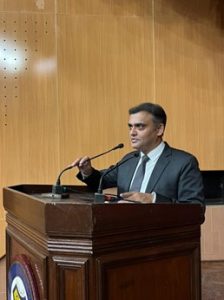 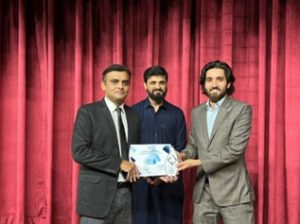